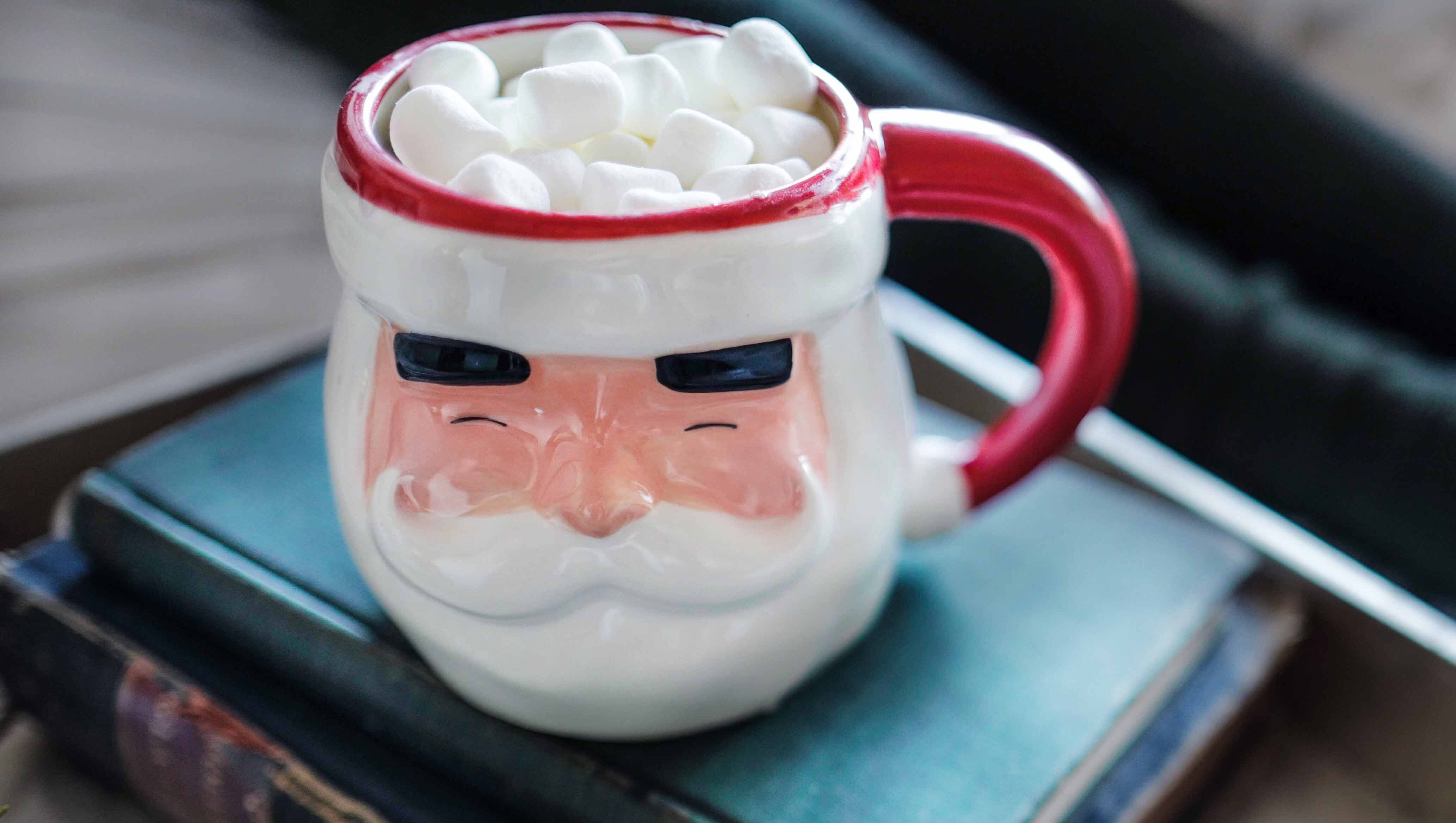 When couples first get married and start the process of sharing their lives together, it is often the little things that trip them up. It is those accidental encounters that you cannot fully prepare for that cause some of the most heated disagreements: Why did you fold my t-shirt in half and ruin the collar? Who puts the toilet paper going under instead over the roll? Did your mom let you get away with squeezing the toothpaste tube from the middle? Those aren’t the questions that come up in the standard marriage prep inventory, because they only arise as a result of living together and two separate traditions colliding together in the holy union of marriage.

Every couple goes through these growing pains and one such incident for us was the jolly fat guy in the suit, Good Ol’ Saint Nick himself. Laugh now, but Santa Claus hung over our newlywed home for years. The question was quite simple, “Are we doing Santa Claus with our kids?” But the answer was not. We literally had to shelve the conversation and did not come to a full resolution until Gabriel (our firstborn) was old enough to care about Santa.

Kristin grew up in a typical American home, she lived in the same house her whole childhood, with three sisters, various pets, and a chimney that Santa could go down. She was taught that Santa brought the gifts and everything was okay. I, on the other hand, am an immigrant from Nicaragua and my parents had to leave the country with their four children to flee communist persecution in the early ‘80s. By the time I was 10, we had lived in two countries, three states, and 7 different homes. Eventually, we settled in South Florida, where there are no chimneys for Santa.

This might be a news flash, but other countries in the world have different traditions for Christmas and gift giving. In Nicaragua, it is the Niño Jesus who brings the gifts, yet I remember the one Christmas when my parents tried to do the Santa thing as a way of assimilating into the American culture. I was 5 and my older brother was 7, we had very specific requests for our toys and when we opened the gifts from “Santa” I saw that my brother got the gift I asked for and he got the one I requested. We just looked at each other, laughed, switched gifts, and knew that our parents had tried their best, but there was no Santa.

Kristin grew up with Santa Claus, I did not. Gabriel was three years old and now it was time to decide, were we going to do Santa or not? I was adamant against Santa, not just because of my cultural upbringing but because I had also heard too many stories of people being crushed when they found out that Santa did not exist and left wondering if God existed, too. That wasn’t a risk I was willing to take with my kids. Kristin thought I was being overly-dramatic and looked at the beauty of wonder, the sacrifice of parents to help their kids see the magic and mystery in the world. Whose perspective was correct and what would we do?

After years of back-and-forth conversations and prayer, we finally came to one of the best compromises we have ever come up with in our marriage. We decided that on December 6, which is the feast day of St. Nicholas, we would read stories about the real St. Nicholas to our boys and have them write their Christmas lists as a letter to him. We would teach them that the letter is a form of petitionary prayer to the great saint, asking him to ask God for these gifts on their behalf (as well as other prayer intentions for the family) and to remember that “all good gifts come from God,” as it says in James 1:17. Through this, we have been teaching the boys how to pray to the saints appropriately and acknowledge that every gift ultimately comes from God, not from the petitioned saint himself.

Then on Christmas morning, after a period of waiting, they can open their gifts with a spirit of gratitude for whatever they receive, even if it is not exactly what they requested. As in life, we should certainly make deep and earnest requests to God, yet wait with expectant faith as He answers those requests appropriately.

Now we had found a way to honor the mystery of Christmas, the truth of St. Nick, and create a new family tradition that was uniquely our own! God is good. While certainly, not every one of our little squabbles has had this clean of a resolution, I can honestly say that I’m grateful we could find a peaceful solution to this problem. My encouragement to each of you is that if you are finding yourselves in a tense disagreement, to continue to be patient, pray for wisdom, dialogue with each other, and be open to a surprising solution to present itself. You never know what little gift God has for you.