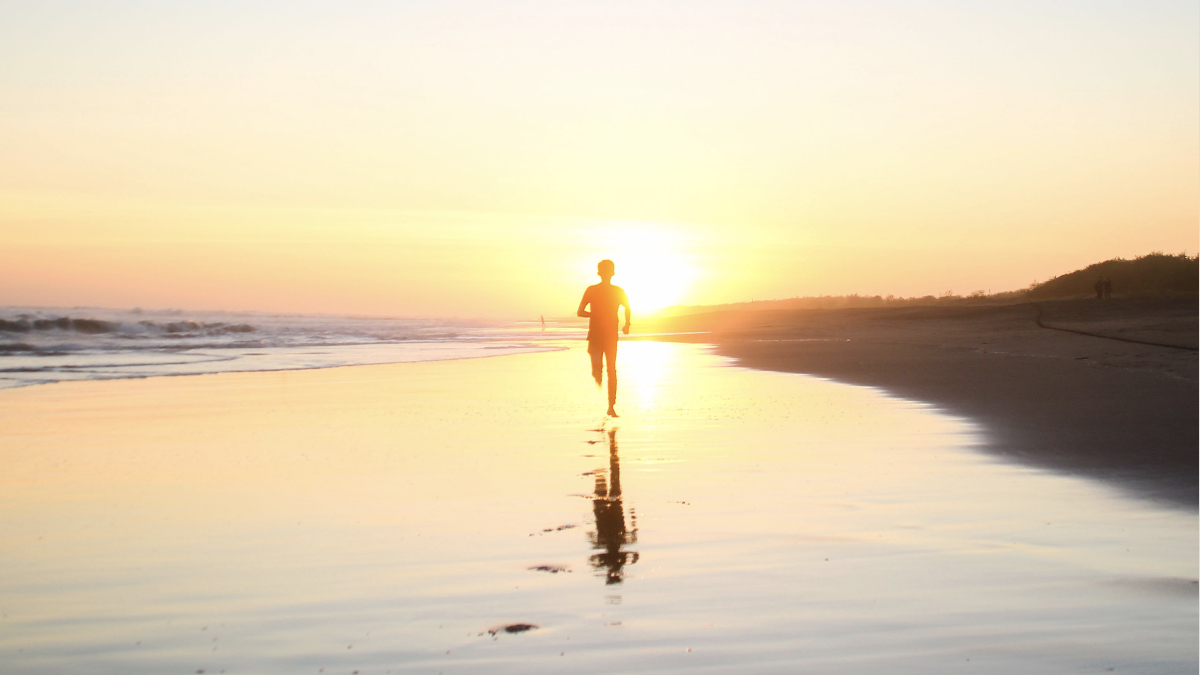 Nothing about running a marathon is even remotely considered normal. This is why less than 1% of the country has run one. Following that 10k last April, I put Feb 9, 2020, as the date that I would train for and since August I have consistently been putting in the miles.

The marathon training reinforced the need to have a goal on the calendar. If it wasn’t for the marathon, I would not have made time to run. As I said, I wasn’t the most consistent runner in my life and it took this crazy idea to get my exercise on track. Without making the race a priority, it is far too easy to let other things be a priority over the running. Yes, this made me less available, but everyone seemed to be fine, regardless.

There were days when we had multiple basketball practices and taekwondo, but Kristin and the boys supported my need for this and understood when dad was gone for 2.5 hours to run. The neat thing about waiting all these years to do it is that my kids are old enough to have seen me train and complete my first marathon. They were part of the adventure. And that’s pretty cool.

I want my boys to know the value of setting a high standard for life and see the work that it takes to go get it. I will never hit the game-winning shot in the NBA Finals, nor score the go-ahead touchdown in the Super Bowl. But I did train and run a marathon, and these boys had a front-row seat to what it took to do it. They were there when I defended my dissertation and again when I crossed the finish line.

Lots of people like to talk about being made for greatness, and while that is true, greatness doesn’t just happen by accident. Yes, you are made in the image and likeness of God. Yes, there is nothing more you can do to earn his love. But God has given us all gifts and called all of us to be the best stewards of those resources. In the parable of the talents, he makes it very clear what happens when we don’t at least try to use those talents. Being human means that we share in the creative energy of the Father. Creating, forming, doing, are all part of God’s love for us. He desires for us to be bold and go after big things, not for his benefit, but because the process of chasing lofty ideals often becomes the way that he brings us closer to our human perfection.

To fulfill your potential, you have to go and work for it. And cooperate with grace the whole way through. That’s a mystery, because “his grace is sufficient”, but that same grace beckons us to be courageous, vulnerable, humble, smart, and magnanimous all at the same time.

My longest run leading up to the marathon was a 20 miler. It was miserable. My body was tired from the gradually increased mileage over the couple of weeks before. On top of that, that week was particularly stressful with work, too. Deadlines for projects, future discernments, issues with clients… many things were coming to a head. But, I still needed to run 20 miles because that’s what the program called for. Great! At some point during the day, I prayed in exasperation and exclaimed to God, “Lord, you push too much! Why do you make things so hard on me?” (I’m pretty honest with God.)

Before the run started, I knew it wasn’t going to go well. As I hesitantly began running, I focused on my pace and cadence, trying to do the right things to avoid injury, to no avail, because disaster struck at mile 18. The exhaustion of my body and mind. My hamstrings stopped working. Like an intimidated rubber band who can no longer hold a thick stack of papers, my hamstrings were revolting against me. They were protesting the run and the stress of the week. I literally could not run anymore, and could barely walk at all.  I was two miles from the house and did not have a cell phone to call for help. My only option was to keep walking. It was dark and getting colder. Due to the pain, I had to stop every quarter of a mile to rest but that only made getting home take longer. At some point, I said to myself, “Damn it, Mario, you push yourself too hard!” And the lightbulb went on, was it God pushing me beyond my limits, or myself? I’m willing to concede that it was probably the latter.

After that run, I learned that I should pay more attention to the cues of my body. I had no business running 20 miles that day and should have planned accordingly, rather than being bullheaded and risk an injury that could have prevented me from running the race. I could have torn my hamstring and been done for weeks. By God’s grace I didn’t, I learned my lesson and have been able to navigate pushing vs backing off much better since then. Sticking to a training program also means being flexible enough when reality kicks in. Don’t overdo it, especially when you’re training for a marathon.

That lesson has spilled over to other areas of my life. I’m learning how to be more discerning with new projects (because I never have a shortage of ideas.) But more so, I’m learning that greatness comes from the magical balance of consistency, flexibility, and dedication. There are times to stick it in gear and times to back off. Just because today doesn’t go well, doesn’t mean that the whole project will fail. Those are the new mantras of my life, which will lead me forward through future crazy goals and ideas.

This is precisely why I ran the marathon. It wasn’t a vanity project or bravado. It was about pushing myself beyond my limits and learning something about my character in the process. Even as I approach 40 in July, I’m still desiring to have new experiences and learn more about myself.

Couple Prayer – An Essential Key to a Thriving Marriage

“He who does not pray deprives himself of what is indispensable for life.” – St. John Vianney (curé d’Ars): We all want our marriages to