Advent Day 9: Carry Each Other 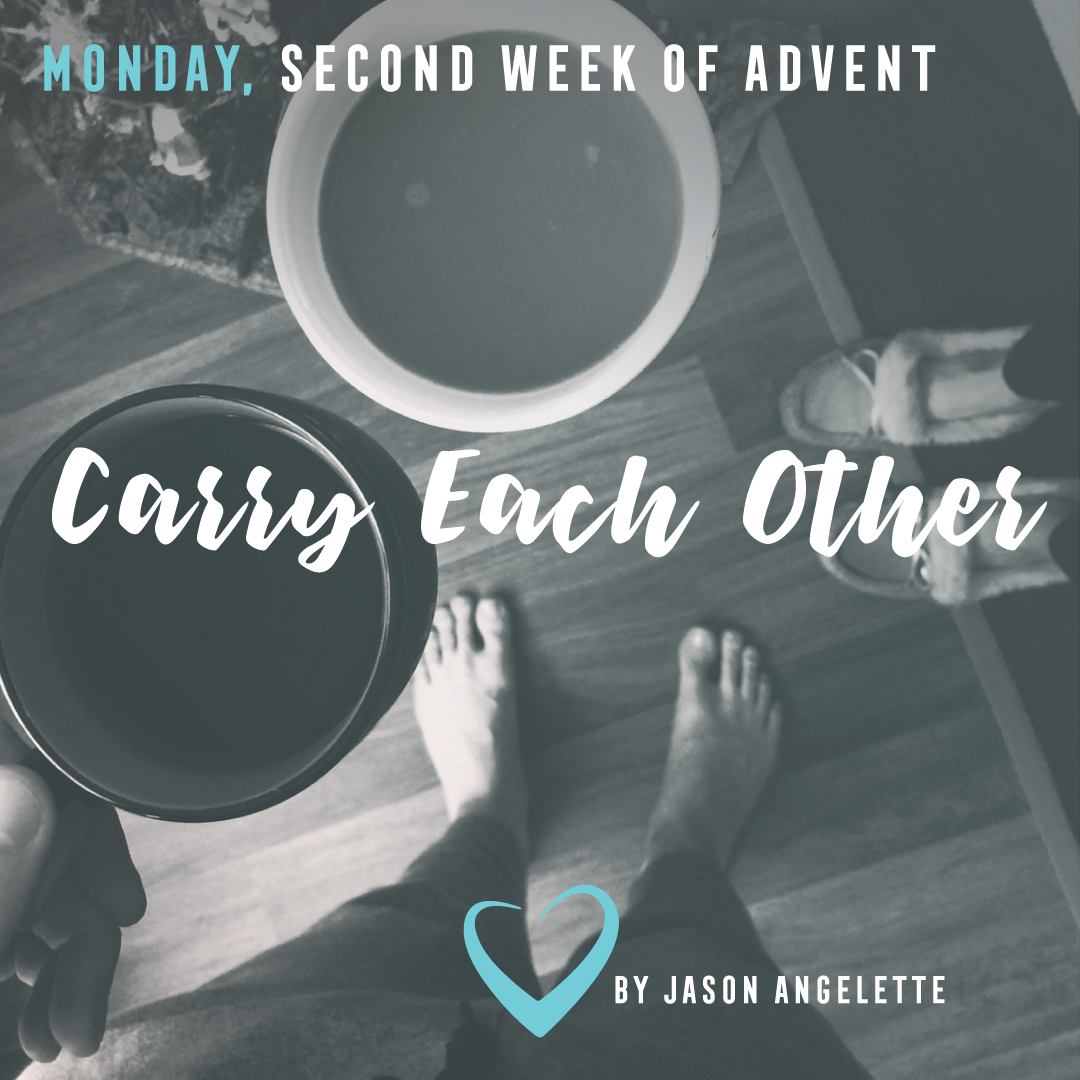 Today’s Gospel: Luke 5:17-26
“One day as Jesus was teaching, Pharisees and teachers of the law, who had come from every village of Galilee and Judea and Jerusalem, were sitting there, and the power of the Lord was with him for healing. And some men brought on a stretcher a man who was paralyzed; they were trying to bring him in and set him in his presence.  But not finding a way to bring him in because of the crowd, they went up on the roof and lowered him on the stretcher through the tiles into the middle in front of Jesus.  When Jesus saw their faith, he said, “As for you, your sins are forgiven.”

Then the scribes and Pharisees began to ask themselves, “Who is this who speaks blasphemies? Who but God alone can forgive sins?” Jesus knew their thoughts and said to them in reply, “What are you thinking in your hearts? Which is easier, to say, ‘Your sins are forgiven,’ or to say, ‘Rise and walk’? But that you may know that the Son of Man has authority on earth to forgive sins”– he said to the one who was paralyzed, “I say to you, rise, pick up your stretcher, and go home.”

He stood up immediately before them, picked up what he had been lying on, and went home, glorifying God. Then astonishment seized them all and they glorified God, and, struck with awe, they said, “We have seen incredible things today.”‘

“Some men brought on a stretcher a man who was paralyzed.”

The men in this story were amazing friends to the man who was paralyzed. Even if the distance they traveled was short, it still had to be difficult for them to carefully carry him all the way to Jesus. They went the distance and they were persistent despite the weight of the stretcher, the difficulty of the road, and the overwhelming crowd. These men, full of faith and love for their fellow man, found a way to get to Jesus.

Ponder Together:
During Advent, we are reminded not to lose heart on the journey, not to give up when we see roadblocks (or roofing titles), and to faithfully find a way to bring each other to Jesus. Instead of being like the scribes and Pharisees who bring nothing but their doubt and criticism, let us be like the faithful men and bring our friends and spouse to Jesus.

Let us bring each other to Jesus and bring others to Jesus as a couple. We can, by God’s grace, take up the spiritual stretcher, and share in the story of Christ’s healing and mercy for those in our home and in the world.

Pray Together:
O Lord our God, gives us the strength and perseverance to carry each other to you daily in prayer. Help us to always have the faithful confidence in you and in what you can do for us in our lives and in our marriage. Help us remember to always, and especially during Advent, be ready to carry others to you in prayer and action. Amen.

Plan Together:
In marriage we are called to be like the men who brought their friend to Jesus on a stretcher.  As spouses, let us daily take up the task of bringing each other Jesus.

In addition to the Sunday mass, make a plan to go to a daily mass this week and carry each other to Jesus in prayer. Before going, discern whom you can pray for together and carry them with you as well on your spiritual stretcher.

“The Eucharist is also the sacrifice of the Church. The Church which is the Body of Christ participates in the offering of her Head. With him, she herself is offered whole and entire. She unites herself to his intercession with the Father for all men. In the Eucharist the sacrifice of Christ becomes also the sacrifice of the members of his Body. The lives of the faithful, their praise, sufferings, prayer, and work, are united with those of Christ and with his total offering, and so acquire a new value. Christ’s sacrifice present on the altar makes it possible for all generations of Christians to be united with his offering.” CCC 1368 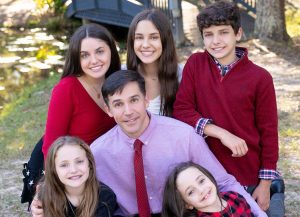 Co-Director of Faith and Marriage